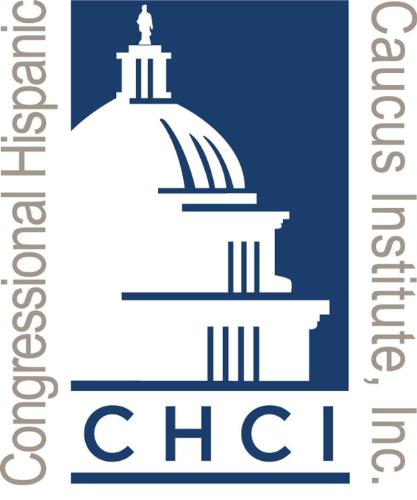 Medallion of Excellence honorees included journalist José Díaz-Balart and community activist Eliseo Medina, and the Chair’s Medallion was given to Dr. Juliet V. García, who was named this year as the head of the new University of Texas Institute of the Americas.

As a part of the gala, CHCI celebrated generous, multi-year gifts from capstone donors, Time Warner Cable, Hyundai Motor America, and Entravision, which will deepen the breadth and reach of CHCI’s leadership development programs.

The capstone donors, joining CHCI’s six cornerstone donors from last year, are ushering in a period of expansion for CHCI and the availability of programs for thousands of high school, college and post-graduate students nationwide. Last year’s six cornerstone donors were national and international titans PepsiCo Foundation, Toyota, State Farm®, Bank of America, Anheuser-Busch, and Dell. Together with Time Warner Cable, Hyundai Motor America, and Entravision, these companies have invested nearly $11,000,000 in CHCI’s Building Our Future, Together campaign.

“Over the last 15 years, CHCI has grown from serving 48 students to reaching more than 1,600 students in 2014. With the projected growth of the Latino population, these programs are more important than ever,” said Rep. Rubén Hinojosa, CHCI Chairman. “The support of partners like Time Warner Cable, Hyundai Motor America and Entravision is critical to ensure that students have the opportunities they need to succeed in school and the workplace. Together, we are building the workforce and leadership of tomorrow.”

“As a long-time partner of CHCI, we’re happy to support the organization’s investments in the next generation of Latino leaders,” saidJoan Gillman, Executive Vice President and Chief Operating Officer of Time Warner Cable Media. “This partnership reflects our ongoing commitment to the communities we serve. We’re a large employer of Hispanic Americans, service provider for many Hispanic households and provide an abundance of Spanish-language programming and channels to serve English-speaking Latino consumers.”

“Hyundai is proud of its long-standing partnership with CHCI and our work together on a variety of scholarship and community service initiatives that build a stronger America,” said Dave Zuchowski, President and CEO of Hyundai Motor America. “Today we are pleased to announce our latest collaboration, the creation of the CHCI Virtual Leadership Institute.  This five-year initiative remains true to the founding vision of the CHCI and is designed to train the next generation of American leaders.”

“We are thrilled to sponsor CHCI and immensely proud to be a part of such a wonderful initiative that promotes and supports the Latino community,” said Walter F. Ulloa, Chairman and Chief Executive Officer of Entravision. “I would like to congratulate this year’s honorees and all of the students taking part in CHCI’s programs. Our involvement is an example of Entravision’s commitment to the U.S. Latino community and our efforts to foster the growth and development of our nation’s future leaders.”

Multicultural Marketing and the Super Bowl 2012