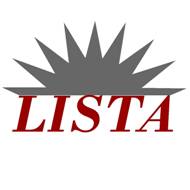 The Government Beacon Lifetime Achievement Award recognizes a government official who has gone above and beyond to represent his community. Congressman Gonzales will be honored at a special awards ceremony luncheon at the Office of Mayor Vincent Gray in Washington, DC on Wednesday, February 29th, 2012, at 12 noon. This event will also serve as the official kick-off to the National Latino Alliance in Health Information Technology 2012 EHRInsight 2015 Seminar Series, featuring a keynote address by Dr. Geeta Nayyar, AT&T’s Chief Medical Information Officer. It is sponsored by Aetna, Capitalwirepr.com, Salesforce.com, MicroTech, AT&T, HTTP:, ImplementHIT, NCTA, Coca Cola and Comcast.

Congressman Charles A. Gonzalez is currently in his seventh term in the United States Congress as the Representative from the 20th Congressional District of Texas, which includes the City of San Antonio. Congressman Gonzales currently serves on the House Committees on Energy and Commerce and House Administration and is the Chairman of the Congressional Hispanic Caucus

Actively engaged in his community, he has served on the boards of the Arthritis Foundation, Literacy Council, YMCA Metroboard, Camp Fire Girls, March of Dimes, and Easter Seals. He also assumed leadership roles in local, state, and national organizations that promote professionalism and adherence to high ethical standards.

“We are honored to have Representative Gonzalez as a keynote speaker at our luncheon, he is a manifestation of dedication, integrity and intellect and a role model in the best possible sense of the term for our current and future young Hispanics professionals,” said Jose Marquez, LISTA CEO and President. “Representative Gonzalez is a champion for our community, Latino technology professionals and Hispanic-owned small businesses, who throughout his career has made sure opportunities that benefit our community were made available. He understands that Latino growth in the Science, Technology, Engineering and Math sectors are important to our community and country and is working with the White House to ensure that Latinos benefit from the next economic swell”.

The LISTA lifetime achievement award winners were selected by LISTA’s National Board of Directors in an online vote. Selection of these awardees was based on individual contributions made to the Latino community in 2011.

“With the help of our sponsors: Aetna, Capital Wire PR. Salesforce.com MicroTech, AT&T, HTTP:, ImplementHIT, Coca Cola, NCTA and Comcast, LISTA will be able to realize the EHRInsights2015 for the 2012 Season”, said Karla Gonzalez,, LISTA’s Washington DC Technology Council President . “It is through the commitment of corporations like these that LISTA and the National Latino Alliance in Health Information Technology is able to continue its mission to create awareness to the primary care physician and make sure no community gets left behind. I can think of no better place to kick off LISTA and LatinoHIT’s 2012 season than in Washington, DC.”