Cardenas’ 30-year career has involved all genres of Latino events 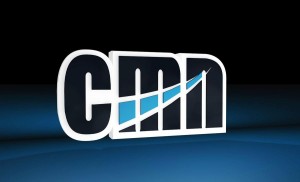 Henry Cardenas knows how to put on a good show. He’s been doing it for 30 years. The Cali, Colombia born experiential marketing and live events marketing entrepreneur continues to do what he does best with the same passion and engagement that he felt executing his very first live music show back in the early 1980s.

One of the first events his company put together was the Pan American Music Festival held in his adopted home of Chicago back in 1985. The event was a resounding success and provided him with the impetus to move forward with greater ambition and confidence.

In 2012, CMN produced the most successful Latin music tour in company history: the GIGANT3S U.S. Tour. That remarkable tour was one of the most successful U.S. Latin music productions of all time. The GIGANT3S U.S. Tour, starring Marc Anthony, Chayanne and Marco Antonio Solis, grossed over $10 million in ticket sales during its seven-week, 14-city tour, going on to capture the No. 1 spot on Billboard’s Hot Tours Chart (September 2012).

As much as he loves Latin music, Henry Cardenas is equally passionate about futbol/soccer and the intersection of event & sports marketing.

His first live soccer event was a match between Brazilian club Flamengo vs an All Stars team Mexico dubbed “El Clasico Downey” held in Fullerton, California back in 1990.

It was a solid first effort yielding 11,000 sold tickets and a strong partnership with Downy (Procter and Gamble), as the the lead sponsor combining both traditional and experiential marketing. Since that historic first match, Cardenas has successfully developed this niche and produced over 100 soccer exhibitions and sport event marketing campaigns.

Bicentennial of Hispanic newspapers in the U.S. to be recognized today at USC