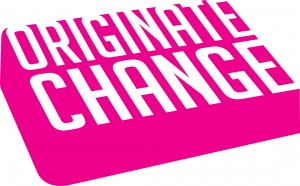 Bromley Communications is defining the Hispanic marketing industry, and reinventing itself with a new name, new philosophy and new proprietary tool. Shaping Hispanic marketing for 30 years, Bromley has built campaigns for its clients that understand and address the blending and overlapping of the cultures that are becoming an ever growing representation of mainstream America.

To mark the agency’s 30-year anniversary and to pioneer the new multicultural nation for the next 30 years, Bromley Communications has redefined itself and has been rebranded simply as Bromley. Positioning for the agency is now ORIGINATE CHANGE for our clients, our associates and our community.

U.S. Census data shows that nearly half of the top 100 cities no longer have majority white populations and the largest cities are now minority majority markets, driven almost entirely by Hispanic and Asian population growth.

Many years after Bromley cracked the code with its development of the Acculturation Influence Groups (AIG) strategic marketing approach, the agency has taken an ice pick to break the mold again to look at the bigger picture. Last week the agency launched a new look, name, website (http://bromley.biz), social media assets and a proprietary tool to position the agency as an innovative transculturation agency, connecting to audiences across multiple cultures and ethnicities. The new proprietary tool will meet the rapidly changing market needs of a diverse United States.

“No longer do the traditional lines of race or ethnicity define how we interact with traditional social institutions like work, school, church or government,” said agency CEO and Founder Ernest Bromley. “The crossroads we are at isn’t just merely one of demographics. We are also at a new psychographic crossroads-a cultural crossroads.”

According to several of the agency’s multinational clients, including General Mills and MillerCoors, traditional racial and ethnic segmentations are limiting and outdated. Three decades ago, the agency’s acculturation model laid the groundwork for understanding the Hispanic market. Today, as our society has evolved, there’s a need for another level to resonate with the new consumer marketplace.

“In response to client demands for a holistic approach to the market, we designed an approach that embraces a complex cultural ecosystem made up of people of different ethnicities, cultures and blended histories based on real-world consumer values,” added Bromley.

Bromley will immerse itself in local communities, assessing the values of the diverse people that surround the average American. Business solutions will be driven by a deeper understanding of a broader group of consumers formed by common values, regardless of differing geographic or ethnic background.

As part of Bromley’s ORIGINATE CHANGE philosophy, the company volunteered a day of service in its local community.  On Tuesday, September 27, 2011, Bromley shut its doors and notified clients that it would be committing a full day as a team to ORIGINATE CHANGE by volunteering efforts at the San Antonio Food Bank.

“Our commitment to ORIGINATE CHANGE impacted us, as individuals and as an agency, as well as multiple households, fathers, mothers, and children in our community,” said Bromley.  At the end of the day, Bromley originated change by sorting 16,086 pounds of food and assembling food boxes to feed 500 families for a week. In addition, Bromley assembled 800 lunch boxes for meals to be served later that day, while other employees ventured outdoors to beautify and cultivate the San Antonio Food Bank’s fresh vegetable garden.