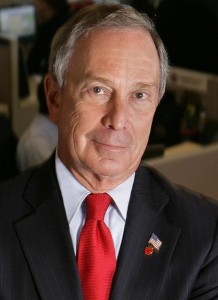 Mayor Michael Bloomberg announced Thursday he will invest his own money in a new, $130 million city initiative to help black and Latino men get ahead. The Bloomberg Administration calls it the nation’s boldest and most comprehensive effort to reduce racial disparities.

“When we look at poverty rates, graduation rates, crime rates, employment rates — one thing stands out,” Bloomberg said. “Blacks and Latinos are not fully sharing in the promise of American freedom.”

The initiative will target the city’s 315,000 black and Latino men between the ages of 16 and 24, aiming to increase graduation and employment rates and keep young blacks and Latinos out of prison. The project will involve dozens of city agencies in providing programs like job placement and fatherhood classes.

Newlink America: Why Companies Fail in the Hispanic Market [VIDEO]