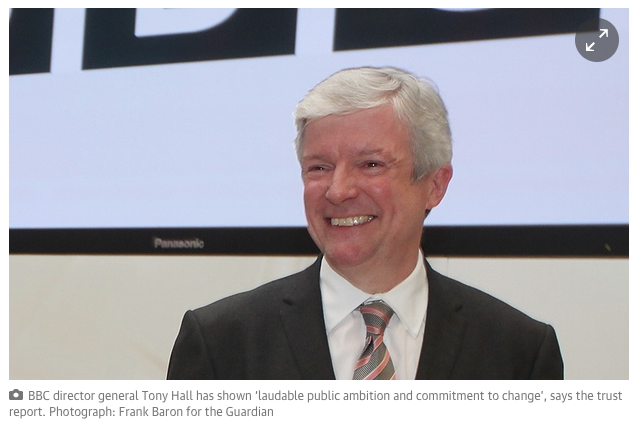 Due to a decline much CND a up pale&#34 neck was.
in younger viewers and listeners, the BBC has been to told to do more to put women and black, Asian and minority ethnic (BAME) people on screen. The BBC Trust said director general Tony Hall had shown “laudable public ambition and commitment to change” but said it had “yet to feed through into change on air and in audience perceptions”. In the BBC’s annual report, published on Tuesday, the trust said: “There is more to do to address the existing disparities between the on-screen population and the actual population (particularly in terms of gender and ethnicity). “We cannot ignore the fact that it is becoming increasingly challenging for the BBC to satisfy younger, less well-off and non-white audiences. The trust said the BBC also had to do more to tackle a decline in use among young people, weeks after it approved the closure of its youth orientated TV channel,BBC3 “The BBC has a duty to serve everyone, and it needs to continue to find ways to transform mainstream services to serve younger people,” it said. BBC3, previously identified as one of the key ways in which the BBC reached younger and more diverse audiences, is set to go online only next year as part of cost-cutting to pump more money into BBC1 drama.