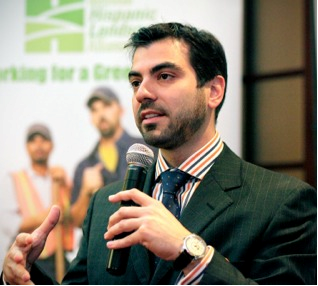 The White House has announced that President Barack Obama has nominated Freddy Balsera (of Balsera Communications) to serve on the United States Advisory Commission on Public Diplomacy.

This bi-partisan Commission was created by Congress in 1948 and is charged with appraising U.S. Government activities intended to understand, inform, and influence foreign publics.  It consists of seven members appointed by the President and it reports to him and the Secretary of State.  Its main duties are to formulate and recommend to the President, the Secretary of State, and Members of Congress policies and programs to carry out the public diplomacy functions vested in the State Department, Broadcasting Board of Governors and other government entities; appraise the effectiveness of the public diplomacy policies and programs carried out by government agencies; and to submit reports to the Congress, the President, and the Secretary of State on public diplomacy programs and activities.  The term of each member is for three years and Balsera’s nomination is being sent by the President to the Senate for confirmation.

Balsera is the Founder and Managing Partner of Balsera Communications, a public relations firm with a public policy focus that specializes in developing and executing national communications strategies for Fortune 500 companies, government agencies, non-profit groups and major public interest organizations.  In the last two years, Balsera and his firm handled message development, media relations, public outreach and other communications responsibilities in English and Spanish for the US Department of Interior’s National Museum of the American Latino Commission, the American Bar Association’s Commission on Hispanic Legal Rights and Responsibilities and the Federal Communications Commission’s Digital Television Transition initiative.

Throughout his career, Balsera has developed a unique proficiency in communicating complex political and public policy messages to the public. In 2008, he helped craft President Barack Obama’s national Hispanic television and radio campaign.  In this capacity, he co-wrote and produced all of the Spanish media messages broadcast by the Obama campaign in the entire country.  Balsera’s work helped deliver an estimated sixty-six percent of the national Hispanic vote for President Obama.  He was also a Latino surrogate spokesperson for the campaign handling over 300 interviews on the campaign’s behalf.  Additionally, Balsera served on the campaign’s National Finance Committee and was appointed as a Presidential Elector in Florida

As part of the Obama-Biden Transition process, Balsera served as an advisor to the agency review team for the Federal Communications Commission.  Last year, he was profiled by Politics Magazine as one of the ten most influential Democrats in Florida.  He was also listed by PODER Magazine as one of the “Top 20 under 40.”

Prior to founding his company in 1999, Balsera worked for the Miami Dade County Mayor’s Office handling intergovernmental relations and media relations duties. He currently serves on the board of the YMCA of Greater Miami and was elected to the Miami Dade College Alumni Hall of Fame in 2010.  Balsera was born and raised in Miami and attended Barry University.