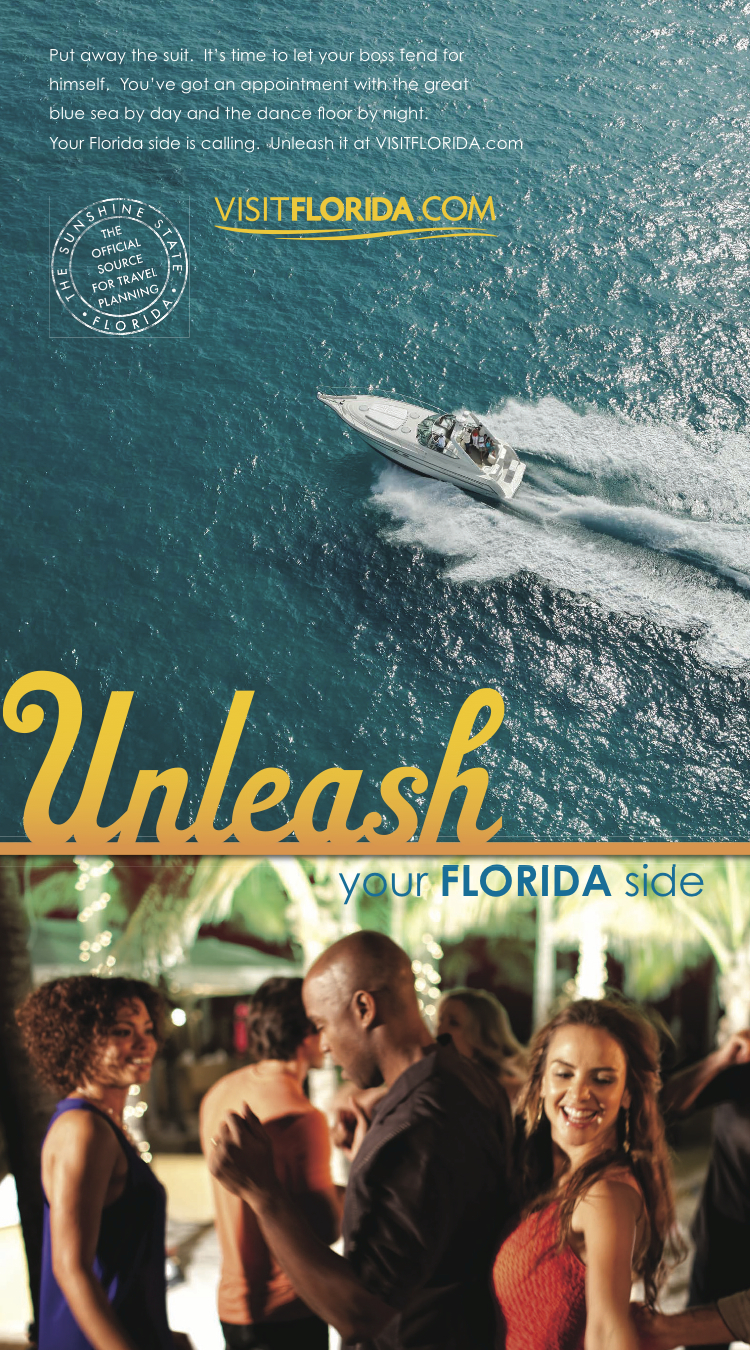 Premier Hispanic ad agency Alma DDB was honored with a top award in the most competitive category of the prestigious Association of National Advertisers (ANA) 2011 Multicultural Excellence Awards.

View as MP4 or Quicktime (.MOV) in  a new window The agency won in the category of “Campaign with Significant Results” for its work on the VISIT FLORIDA “Your Florida Side” campaign. The campaign produced exceptional results for the state’s tourism industry marketing efforts during a sluggish economy coupled with a natural disaster.

“We are thrilled with the success of the ‘Your Florida Side’ campaign and very proud to be recognized by ANA for our efforts,” said Will Seccombe, VISIT FLORIDA’s Chief Marketing Officer. “The campaign exceeded our expectations by generating $177 in incremental traveler spending in Florida and $11 in new tax revenue for every $1 in advertising spend.”

“This win represents an example of our commitment to the ‘New General Market’, to solving client’s business problems through strategic depth and creative excellence, and to the well-being of our beloved state. We were definitely on Florida’s side,” said Luis Miguel Messianu, President and CCO of Alma DDB.

Alma was recognized for producing a winning combination of compelling creative, a strong media mix, market selection and efficient media buying that, year over year, garnered a 47% increase in incremental trips to the state, generated a 48% increase in direct consumer spending and delivered a 20% increase in ROI in 2011. Judges were particularly impressed with the results given that the campaign was active immediately following a period in which an economic recession and a massive oil spill in the Gulf of Mexico had caused the state’s share of the US travel market to decline for the first time in almost 4 years.

Agency Managing Director Joe Cronin stated: “This was a great team effort between the client; the agency; The Hester Group and The Rodriguez Group, our agency partners; PR partner Ketchum; and key Board members. We are proud to be a part of that hard working team.”

The recognition marks the second year in a row that the agency earned accolades at the ANA Multicultural Awards. In 2010, Alma DDB received the top prize in both the Hispanic and Digital Media categories for its client McDonald’s. The same year, Alma DDB was the only Hispanic agency included in the Advertising Age Agency A-List in 2010.