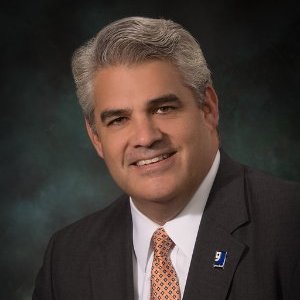 Sanchez has more than 20 years of extensive experience in the nonprofit, operations and legal arenas. He was most recently the chief of staff to the Mayor of Baltimore, where he managed all aspects of the mayor’s office, including administration, finance, government relations, labor, law, policy and communications, and public safety. Prior to that, he served as the Maryland Secretary of Labor, Licensing and Regulation, and led the areas of occupational and professional licensing, labor and industry, financial regulation, unemployment insurance, and workforce development and adult learning.

“Alexander Sanchez’s management and experience in workforce development issues make him uniquely qualified to lead Goodwill’s operational initiatives,” said Jim Gibbons, president and CEO of Goodwill Industries International. “Sanchez will serve as a catalyst for integrating a financial management approach for Goodwill’s grants while growing the mission, helping the people most impacted by economic challenges so that they can find and keep good jobs.”

Sanchez earned his bachelor’s degree from Boston College and a master’s from the University of Pennsylvania in government administration. He also earned a law degree from the University of Michigan Law School. He is the recipient of The Father John A. Dineen, SJ, Hispanic Alumni Community Service Award and has been profiled twice in Hispanic Business Magazine as one of the 100 most influential Hispanics in the United States. Sanchez also served on the board of directors for Goodwill Industries of the Chesapeake (Baltimore, MD).