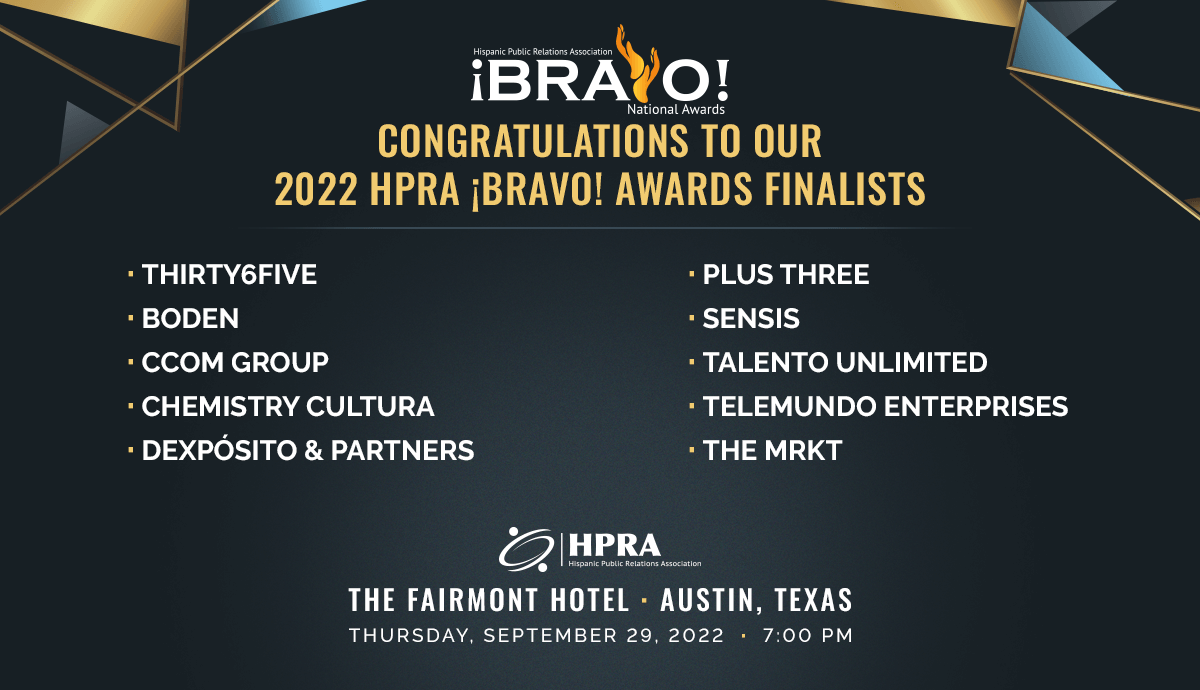 If you’re attending tonight’s HPRA BRAVO! Awards in Austin – one of the biggest nights for Hispanic and Multicultural communications professionals – consider yourself lucky. The event is sold out. Here are six highlights of the iconic event for both those who are attending and those who wish they were:

Finalists: Here is a list of the 10 Finalists – brands and agencies – and the campaigns that got them nominated (in alphabetical order):

Honorees: In 2019, HPRA added the Diversity & Inclusion Professional of the Year Award and the President’s Award. The idea is to recognize leaders who have made important contributions to the advancement of Hispanic-Americans in PR and journalism. Here are the four winners for 2022:

Scholarships: In 2022, HPRA announced a new scholarship program for undergraduates pursuing a degree in PR and communications, awarding five $1,000 scholarships. Expect to see several of the winners tonight.

Location: Since the HPRA launched the HPRA Bravo! Awards in 2014, the event has been held in New York. This is the first year it branches out of New York. Why Austin? Why not?

Stay tuned for Hispanic PR Blog’s continuing coverage of the HPRA Bravo! Awards, with updates on the winners and special interviews.